Originally, a version of Windows codenamed Blackcomb was planned as the successor to Windows XP and Windows Server 2003 in 2000. Major features were planned for Blackcomb, including an emphasis on searching and querying data and an advanced storage system named WinFS to enable such scenarios. However, an interim, minor release, codenamed "Longhorn," was announced for 2003, delaying the development of Blackcomb. By the middle of 2003, however, Longhorn had acquired some of the features originally intended for Blackcomb. After three major viruses: the Blaster, Nachi, and Sobig worms, exploited flaws in Windows operating systems within a short time period in August 2003, Microsoft changed its development priorities, putting some of Longhorn's major development work on hold while developing new service packs for Windows XP and Windows Server 2003. Development of Longhorn (Windows Vista)was also restarted, and thus delayed, in August 2004. A number of features were cut from Longhorn.Blackcomb was renamed Vienna in early 2006.

When released, Windows Vista was criticized for its long development time, performance issues, its spotty compatibility with existing hardware and software on launch, changes affecting the compatibility of certain PC games, and unclear assurances by Microsoft that certain computers shipping with XP prior to launch would be "Vista Capable" (which led to a class action lawsuit), among other critiques. As such, adoption of Vista in comparison to XP remained somewhat low. In July 2007, six months following the public release of Vista, it was reported that the next version of Windows would then be codenamed Windows 7, with plans for a final release within three years.Bill Gates, in an interview with Newsweek, suggested that Windows 7 would be more "user-centric". Gates later said that Windows 7 would also focus on performance improvements.Steven Sinofsky later expanded on this point, explaining in theEngineering Windows 7 blog that the company was using a variety of new tracing tools to measure the performance of many areas of the operating system on an ongoing basis, to help locate inefficient code paths and to help prevent performance regressions. Senior Vice President Bill Veghte stated that Windows Vista users migrating to Windows 7 would not find the kind of device compatibility issues they encountered migrating from Windows XP. An estimated 1,000 developers worked on Windows 7. These were broadly divided into "core operating system" and "Windows client experience", in turn organized into 25 teams of around 40 developers on average.

In October 2008, it was announced that Windows 7 would also be the official name of the operating system. There has been some confusion over naming the product Windows 7, while versioning it as 6.1 to indicate its similar build to Vista and increase compatibility with applications that only check major version numbers, similar to Windows 2000 and Windows XP both having 5.x version numbers. The first external release to select Microsoft partners came in January 2008 with Milestone 1, build 6519.Speaking about Windows 7 on October 16, 2008, Microsoft CEO Steve Ballmer confirmed compatibility between Windows Vista and Windows 7, indicating that Windows 7 would be a refined version of Windows Vista.

At PDC 2008, Microsoft demonstrated Windows 7 with its reworked taskbar. On December 27, 2008, the Windows 7 Beta was leaked onto the Internet via BitTorrent. According to a performance test by ZDNet, Windows 7 Beta beat both Windows XP and Vista in several key areas, including boot and shutdown time and working with files, such as loading documents. Other areas did not beat XP, including PC Pro benchmarks for typical office activities and video editing, which remain identical to Vista and slower than XP. On January 7, 2009, the x64 version of the Windows 7 Beta (build 7000) was leaked onto the web, with some torrents being infected with a trojan.At CES 2009, Microsoft CEO Steve Ballmer announced the Windows 7 Beta, build 7000, had been made available for download to MSDN and TechNet subscribers in the format of an ISO image. The Beta was to be publicly released January 9, 2009, and Microsoft initially planned for the download to be made available to 2.5 million people on this date. However, access to the downloads was delayed because of high traffic. The download limit was also extended, initially until January 24, then again to February 10. People who did not complete downloading the beta had two extra days to complete the download, and, after February 12, unfinished downloads became unable to complete. Users could still obtain product keys from Microsoft to activate their copies of Windows 7 Beta, which expired on August 1, 2009.

The release candidate, build 7100, became available for MSDN and TechNet subscribers and Connect Program participants on April 30, 2009. On May 5, 2009, it became available to the general public, although it had also been leaked onto the Internet via BitTorrent. The release candidate was available in five languages and expired on June 1, 2010, with shutdowns every two hours starting March 1,2010. Microsoft stated that Windows 7 would be released to the general public on October 22, 2009. Microsoft released Windows 7 to MSDN and Technet subscribers on August 6, 2009, at 10:00 am PDT. Microsoft announced that Windows 7, along with Windows Server 2008 R2, was released to manufacturing on July 22, 2009. Windows 7 RTM is build 7600.16385.090713-1255, which was compiled on July 13, 2009, and was declared the final RTM build after passing all Microsoft's tests internally. 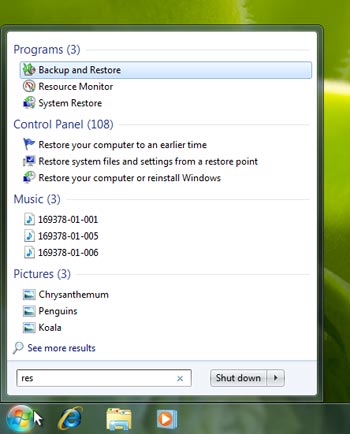