Photoshop, now with CreativeSync.
Photoshop is part of Creative Cloud and comes with Adobe CreativeSync, so your assets are always at your fingertips right when you need them. CreativeSync powers your Creative Cloud Libraries and Adobe Stock, and it connects your mobile and desktop apps.

Photoshop, now with CreativeSync.
Photoshop is part of Creative Cloud and comes with Adobe CreativeSync, so your assets are always at your fingertips right when you need them. CreativeSync powers your Creative Cloud Libraries and Adobe Stock, and it connects your mobile and desktop apps.

Assets right where you need them
Your favorite assets — images, colors, text styles, brushes, metadata and more — are all available within Photoshop.

New mobile apps
Extend the power of Photoshop to your devices so you can create production-ready designs and images anywhere.

Make something now.
Get the most out of Photoshop and Creative Cloud with our latest tutorials for graphic design, photography, mobile and web design and more.

Find content faster by searching across your libraries and across Adobe Stock. Drag and drop assets to and from the Layers panel, add your favorite brushes and share your library with others. And get content into libraries faster with a new bulk import dialog box.

Do more with artboards

Use artboard guides and grids to precisely place elements, sort layers by artboard for easier visualization and quickly add new artboards to documents. Use artboard preferences to customize the look and feel of your documents.

The updated UI delivers a clean and consistent look throughout Photoshop, and you can quickly perform common tasks using a new set of gestures on touch-enabled devices like Microsoft Surface Pro.

Make Photoshop yours by customizing your toolbar and saving multiple toolbar configurations as parts of different workspaces. Included workspaces have been streamlined to give you quick access to only the tools you need.

Create beautiful compositions that feature 3D models and easily adjust camera angles and lighting. Start with a model created in Adobe Fuse CC (Preview), and then apply poses and animations from the Creative Cloud 3D Animation (Preview) area within the Properties panel. Composite characters into any Photoshop project from a layout to a video, or print them with a 3D printer. (Available in English only.)

Quickly find the font you need by starring individual fonts as favorites. Narrow down your search by filtering fonts by classification, like serif or sans serif, or by similarity.

The exporting experience introduced in June now delivers faster performance and better compression for all file formats, especially JPEG; the ability to export the same assets at multiple sizes; support for sRGB export; and options to embed metadata such as copyright into your files during export.

Open and place native SVG files — which can rescale for any size device or any resolution — in your Photoshop designs. Just double-click the object to edit it in Adobe Illustrator.

The Glyph panel now lets you see and insert your most recently used glyphs and sort glyphs for faster browsing.

Boundary Warp stretches the edges of a merged panorama in Camera Raw 9.4 so you don't have to crop out any important details. Now you can preserve the look and feel of your entire image, even if your merged pano has transparent edges.

Remove or add atmospheric haze in specific areas of your photos using the Local Adjustment Brush, Radial Filter and Graduated Filter. Plus, use the new Bird’s Eye View feature to navigate zoomed-in images, and get support for more cameras and lenses.

Adobe has been criticized for its pricing practices, with retail prices being up to twice as much in non-US countries. As pointed out by many, it is significantly cheaper to pay for a return airfare ticket to the United States and purchase one particular collection of Adobe's software there than to buy it locally in Australia.

After Adobe revealed the pricing for the Creative Suite 3 Master Collection, which was £1,000 higher for European customers,[46] a petition to protest over "unfair pricing" was published and signed by 10,000 users. In June 2009, Adobe further increased its prices in the UK by 10% in spite of weakening of the pound against the dollar, and UK users are not allowed to buy from the US store.

Adobe ranked no. 5 on a list of Internet’s 9 Most Hated Companies, based on a 2013 survey on Reddit.com.Adobe's Reader and Flash were listed on The 10 most hated programs of all time on TechRadar.com.

Hackers have exploited vulnerabilities in Adobe programs, such as Adobe Reader, to gain unauthorized access to computers. Adobe's Flash Player has also been criticized for, among other things, suffering from performance, memory usage and security problems (see criticism of Flash Player). A report by security researchers from Kaspersky Lab criticized Adobe for producing the products having top 10 security vulnerabilities.

Observers noted that Adobe was spying on its customers by including spyware in the Creative Suite 3 software and quietly sending user data to a firm named Omniture. When users became aware, Adobe explained what the suspicious software did and admitted that they: "could and should do a better job taking security concerns into account". When a security flaw was later discovered in Photoshop CS5, Adobe sparked outrage by saying it would leave the flaw unpatched, so anyone who wanted to use the software securely would have to pay for an upgrade. Following a fierce backlash Adobe decided to provide the software patch.

Adobe has been criticized for pushing unwanted software including third-party browser toolbars and free virus scanners, usually as part of the Flash update process,[58] and for pushing a third-party scareware program designed to scare users into paying for unneeded system repairs.

On October 3, 2013, the company initially revealed that 2.9 million customers' sensitive and personal data was stolen in security breach which included encrypted credit card information. Adobe later admitted that 38 million active users have been affected and the attackers obtained access to their IDs and encrypted passwords, as well as to many inactive Adobe accounts.The company did not make it clear if all the personal information was encrypted, such as email addresses and physical addresses, though data privacy laws in 44 states require this information to be encrypted.

A 3.8 GB file stolen from Adobe and containing 152 million usernames, reversibly encrypted passwords and unencrypted password hints was posted on AnonNews.org. LastPass, a password security firm, said that Adobe failed to use best practices for securing the passwords and has not salted them.Another security firm, Sophos, showed that Adobe used a weak encryption method permitting the recovery of a lot of information with very little effort.According to anIT expert Simon Bain, Adobe has failed its customers and ‘should hang their heads in shame’.

Many of the credit cards were tied to the Creative Cloud software-by-subscription service.[72] Adobe offered its affected US customers a free membership in a credit monitoring service, but no similar arrangements have been made for non-US customers.When a data breach occurs in the US, penalties depend on the state where the victim resides, not where the company is based.

After stealing the customers' data, cyber-thieves also accessed Adobe's source code repository, likely in mid-August 2013. Because hackers acquired copies of the source code of Adobe proprietary products,they could find and exploit any potential weaknesses in its security, computer experts warned. Security researcher Alex Holden, chief information security officer of Hold Security, characterized this Adobe breach, which affected Acrobat, ColdFusion and numerous other applications, as "one of the worst in US history".[79] Adobe also announced that hackers stole parts of the source code of Photoshop, which according to commentators could allow programmers to copy its engineering techniques[80] and would make it easier to pirate Adobe's expensive products.

Published on a server of a Russian-speaking hacker group, the "disclosure of encryption algorithms, other security schemes, and software vulnerabilities can be used to bypass protections for individual and corporate data" and may have opened the gateway to new generation zero-day attacks. Hackers already used ColdFusion exploits to make off with usernames and encrypted passwords of PR Newswire's customers, which has been tied to the Adobe security breach.They also used a ColdFusion exploit to breach Washington state court and expose up to 160,000 Social Security numbers.

Adobe acquired Aldus Corp. in 1994, a software vendor that sold FreeHand, a competing product.Freehand was direct competition to Adobe Illustrator, Adobe's flagship vector-graphics editor. The Federal Trade Commissionintervened and forced Adobe to sell FreeHand back to Altsys, and also banned Adobe from buying back FreeHand or any similar program for the next 10 years (1994-2004). Altsys was then bought by Macromedia, which released versions 5 to 11.When Adobe acquired Macromedia in December 2005, it stalled development of Freehand in 2007, effectively rendering it obsolete.With FreeHand and Illustrator, Adobe controlled the only two products that compete in the professional illustration program market for Macintosh operating systems.

In 2011, a group of 5,000 Freehand graphic designers convened under the banner Free Freehand, and filed a civil antitrust complaint in the US District Court for the Northern District of California against Adobe.The suit alleged that Adobe has violated federal and state antitrust laws by abusing its dominant position in the professional vector graphic illustration software market and that Adobe has engaged in a series of exclusionary and anti-competitive acts and strategies designed to kill FreeHand, the dominant competitor to Adobe’s Illustrator software product, instead of competing on the basis of product merit according to the principals of free market capitalism.Adobe had no response to the claims and the lawsuit was eventually settled.The FreeHand community believes Adobe should release the product to an open-source community if it cannot update it internally.

As of 2010, on its FreeHand product page Adobe stated "While we recognize FreeHand has a loyal customer base, we encourage users to migrate to the new Adobe Illustrator CS4 software which supports both PowerPC and Intel-based Macs and Microsoft Windows XP and Windows Vista." As of 2016, the Freehand page no longer exists and simply redirects to the Illustrator page. Adobe's software FTP server still contains a directory for FreeHand, but it is empty. 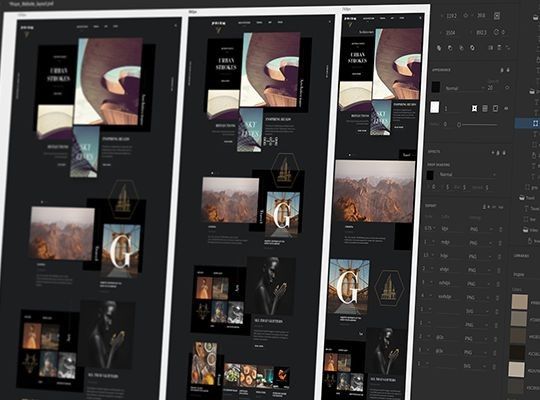