The Microsoft Imagine program, known as DreamSpark at the time, used to provide verified students with the 32-bit variant of Windows Server 2008 Standard Edition, but the version has since then been removed. However, they still provide the R2 release.

The Server Core feature is available in the Web, Standard, Enterprise and Datacenter editions.

This software is intended for evaluation and deployment planning purposes only. If you plan to install the software on your primary computer, it is recommended that you back up your existing data prior to installation.

Actual requirements will vary based on your system configuration and the applications and features you choose to install. Processor performance is dependent upon not only the clock frequency of the processor, but the number of cores and the size of the processor cache. Disk space requirements for the system partition are approximate. Itanium-based and x64-based operating systems will vary from these disk size estimates. Additional available hard-disk space may be required if you are installing over a network. For more information, see the Windows Server product site.

The first SP2 beta build was sent out in October 2008, a public beta arrived in December 2008, and an RC-escrow build was given to testers in January 2009. Windows Vista and Windows Server 2008 share a single service pack binary, reflecting the fact that their code bases were joined with the release of Server 2008. On May 26, 2009, Service Pack 2 was ready for release. It is now available in Windows Update. 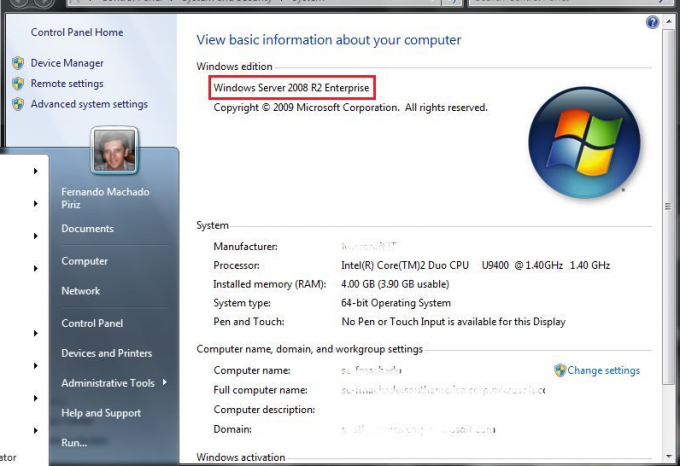